This distillery is dedicated to all U.S war veterans and active service members that have served our country. More specifically and on a very personal level, I have dedicated the distillery to the casualties of four combat soldiers who I served with in the Oregon National Guard 2 Battalion, 162 Infantry Bridgade. Lt. Erik McCrae, Sgt. Justin Linden, Sgt. Justin Eyerly and Sgt. David Roustum. These four men lost their lives in 2004 while serving in Baghdad, Iraq. I will forever honor their courage and sacrifice. 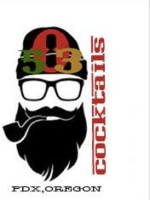 Located in the 503 area code, we are a craft distillery that appreciates innovation and creativity. We feel there’s nothing better than sharing your favorite drink while sitting in your favorite place. Our goal is to provide you with the freshest ready-to-drink cocktails and spirits on the planet. We hope you share our passion for the canned cocktail revolution and learn to think outside the bottle. 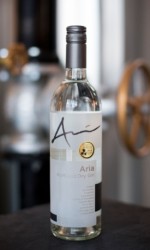 Aria is full bodied and boldly aromatic. Juniper is up front—obvious on the first nosing and initially on the palate. Underneath the juniper, layers of bright citrus, earthy undertones, floral highlights and subtle spicy notes reveal themselves, both on the nose and palate, though none are overpowering. All of the layers of flavor are balanced. The pristine Bull Run water use to cut Aria after distillation provides a rich, creamy mouthfeel. The finish is long and soft.

The recipe for Aria was developed over the course of four years and hundreds of test distillations. Aria is handmade and batch distilled with ten classic gin botanicals that were carefully chosen to create a flavor profile that has depth and complexity, but above all a perfect sense of balance.

Founded in 1996, we have been delivering the spirit of Central Oregon since 1996. Come by our booth to try any of our amazing gins, whiskies, and vodkas, and see for yourself!

In the heart of the Willamette Valley, amidst wineries, craft breweries, and orchards our small craft Divine Distillers was born. Here we make each bottle of our spirits with a goal to preserve and highlight the flavor of our local fruit. We seek to adapt tradition with innovation to create spirits that capture the essence of the Willamette Valley. All ingredients except our Agave our sourced in Oregon, most from within 25 miles of our distillery.

Our distillery was conceived from our son’s namesake Dante Alighieri author of the Divine Comedy. Our spirits will take you on a journey from inferno to paradise. Our fruit eau-de-vie and silver rum are in our “Inferno” class. The spirits are strong and hot. As we age our fruit spirits and rum they mellow and smooth while maintaining their flavor. These are our “Paradise” class of spirits. For our finest quality aged products, they will be our “Ange”, angel, class. Our unique spiced and herbal liqueurs are our “Purgatorio” class.

Join us on this epic adventure to capture the flavor and explore the Divine Comedy through distilled spirits.

Drink Good
Dregs is locally produced. Dregs distills our potato vodka 6x to create a distinctive vodka perfect for any of your favorite cocktails.

Do Good
Dregs is committed to giving back. 100% of proceeds go to local charities supporting low income youth. Our mission is to help provide opportunity to all children.

The idea of a distillery started when three paddling friends were on a roadtrip to Victoria BC to compete in a dragonboat festival.  Bryan could always make a mean limoncello, and we thought it would be fun to be able to mass-produce and make some money with it rather than giving it away at parties and using it as a post-festival celebratory libation.  Bryan started to do tons of research, and built a small still to experiment with.  Just before filing for our business license, life’s plan dwindled the original three down to two – husband/wife team Bri and Bryan Toedtli.  Drop Shop Distillery LLC was formed on March 11, 2016.

Bryan’s high school friend Kevin Barrett had started Swallowtail Spirits in Springfield, Oregon, and we soon teamed up with him to contract-bottle our spirits to get them on the shelf and start generating some revenue to purchase our equipment.  We filed for our own DSP license through the federal and state governments, and we received our permits on August 4, 2017.

What a wild ride it’s been, thanks Kevin for helping us to get started!

Inspired by the forests of the Pacific Northwest, Faith Dionne hand forages and distills wild botanicals. From the treetops to the forest floor, the riverbanks to the deep woods, she gathers the ingredients for her craft spirits to give you a taste of Oregon that you can’t get anywhere else.

Based in Sandy Oregon, Just Rum strives to to deliver a traditional sipping rum of the finest quality.

Five friends in the heartland of Oregon distill award winning spirits using our own grain and doing it our own way. Like any group of drinking buddies, it doesn’t take long into the night before one of us eventually says, “Shoot, we could make something better than this”. The difference is we actually did.